Zinc is not very mobile in plants so deficiency generally appears on new growth. Leaves will appear pale green between veins with yellowing of the leaf tips and outer margin. In the early stages of deficiency, leaves can be crumpled or dwarfed. Later in the season the leaf tissue may look like sunscald with bronzing or browning of leaves, and deficiency can cause terminal pods to drop during flowering leading to a delay in maturity.

Dry edible beans do not often respond to zinc fertilizer until zinc levels in the soil are low (zinc index below 15). 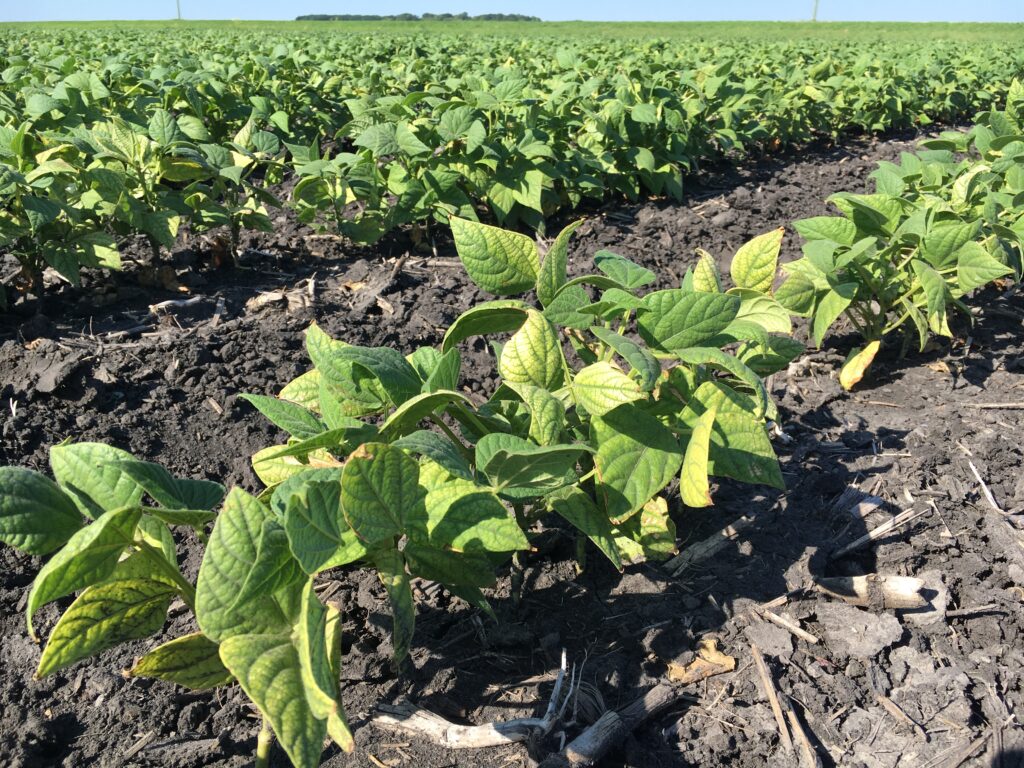 Corn is the main crop that shows zinc deficiency in Ontario. Zinc deficiency has been reported in dry edible beans in other areas but only occasionally in Ontario. Deficiencies tend to occur on low organic matter soils, compacted soils, sandy soils, very high pH soils, and eroded soils. Deficiency symptoms may also appear when early growing season conditions are cool and wet. Zinc deficiency generally appears on new growth and symptoms appear as pale green area between veins and yellowing of leaf tips and outer margin. High phosphorus in the soil and/or in the fertilizer can cause or increase the severity of zinc deficiency. Apply only the suggested amount of phosphorus. Use of animal manures or biosolids can prevent or reduce zinc deficiency. Erosion control can prevent deficiency of zinc by limiting movement of topsoil.

Plant availability of zinc is greater from sulphate than oxide forms. Zinc chelates are more expensive on weight basis than other forms, but are about two times more effective than sulphates with equivalent zinc amount. Zinc  chelates/lignosulfonates are used in liquid fertilizer solutions or for foliar applications.

OMAFRA-accredited soil tests are available for zinc. Zinc is reported as an index to account for both the amount of nutrient extracted from the soil and the soil pH. Soil pH has a huge impact on the amount of zinc that is available to plants. Plant tissue analysis is less reliable for zinc. 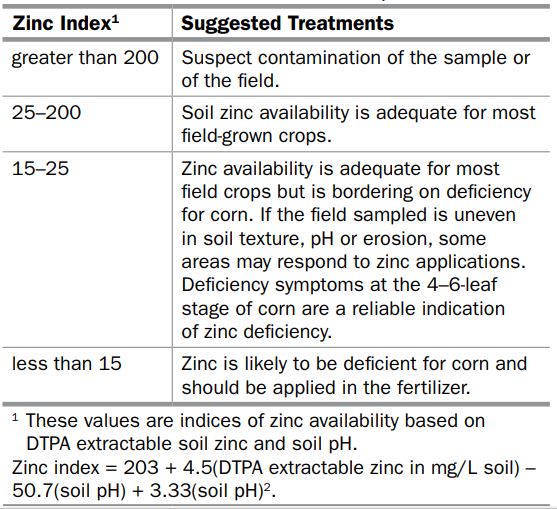